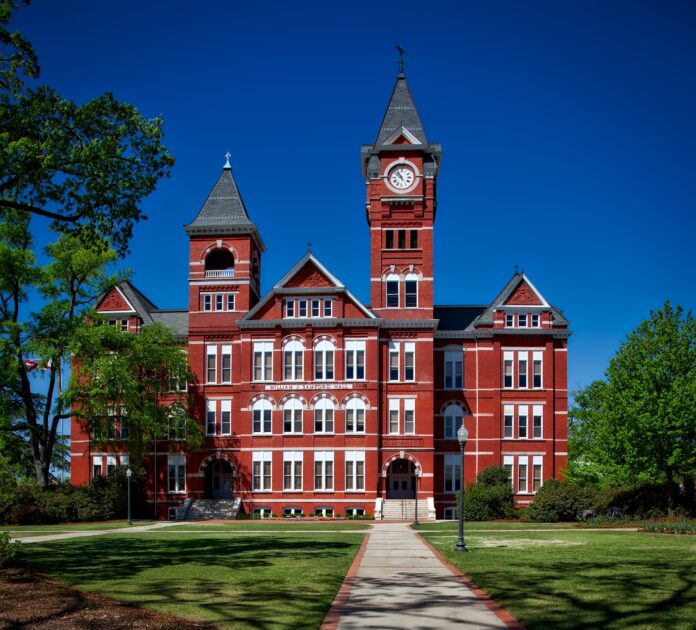 Want to find out about the best universities in USA 2022? We have a list for you.

The United States of America has over 5,000 universities & colleges, and about 38 of its universities are on the list of the top 150 world universities.

The educational system of the United States of America has been quite unique over the years and widely known for its academic quality and standards around the world.

The arrangement of this list of the 10 best universities in USA has been made possible through the global ranking systems of sources like Webometrics and other trusted sources.

Here below is the list of the Ten Best Universities in USA 2022.

The detailed list of the 10 Best Universities in USA 2022 can be found below in ascending order of arrangement.

It is located in Cambridge, Massachusetts, United States and it is regarded as a private Ivy League research university.

It was formerly known as Harvard College and was named after John Harvard, a Puritan clergyman.

Harvard has three main campuses: one in Cambridge, centered on Harvard Yard, one across the Charles River in Boston’s Allston neighborhood, and one in Boston’s Longwood Medical Area.

The university has ten academic faculties and the Radcliffe Institute for Advanced Study is among. Also, its Arts and Sciences faculty offers undergraduate and graduate study in a variety of academic disciplines, whereas the other faculties only offer graduate degrees, the majority of which are professional.

Harvard has more Nobel Laureates and Fields Medalists among its alumni, faculty, and researchers than any other university in the world, as well as alumni who have served in the United States Congress, as MacArthur Fellows, Marshall Scholars and Rhodes Scholars than any other US higher institution.

Stanford University is one of the best Universities in USA. Its official name is Leland Stanford Junior University.

Stanford University was established in 1885 as a private research university in Stanford, California. The University was founded by Leland and Jane Stanford in honor of their late child, Leland Stanford Jr. The Higher Institution is also considered as one of the world’s most prestigious universities.

Indeed, Stanford alums have founded a slew of businesses that collectively generate more than $2.7 trillion in annual revenue and employ 5.4 million people as of 2011 and  it is one of the most successful universities in terms of attracting start-up funding.

Many of its alumni are also listed among the Rhodes Scholars, Marshall Scholars, Fulbright Scholars, and congress members in the United States.

Related: Top ten most expensive universities in the United Kingdom

Massachusetts Institute of Technology is a university in Cambridge, Massachusetts, United States, which was established in 1861.

This type of University is a private land-grant research university and it is one of the best universities in USA.

The Massachusetts Institute of Technology’s campus in Cambridge, Massachusetts, is about a mile long and runs along the north side of the Charles River basin.

Massachusetts Avenue divides the campus roughly in half, with the majority of dorms and student life facilities on the west side and the majority of academic buildings on the east.

Students usually enroll at MIT for academic study from all 50 states in the United States, as well as from 115 countries around the world.

JUST IN: List of All the Countries in the World Alphabetically

University of California, Berkeley is a Public land-grant Research University and it was the first of its kind in California State.

The UC Berkeley is also a founding member of the Association of American Universities, which is dedicated to the advancement of academic research and education.

University of California, Berkley has fourteen colleges and schools, with over 350 degree programs to choose from.

The Space Sciences Laboratory and the Mathematical Sciences Research Institute are two of Berkeley’s leading research institutes among others.

It was established in 1817 by a statute of the ancient Michigan Territory, and it was previously known as the Catholepistemiad or the University of Michigania.

Michigan has nineteen colleges and provides degree programs in over 250 subjects at the undergraduate, graduate, and postdoctoral levels.

The university campus is located in Ann Arbor and the North, Central, and South campuses are the three primary regions of the Ann Arbor campus.

The University of Washington was established on November 4, 1861 in Seattle, Washington, United States.

The main campus of the University of Washington is located in Seattle, along the Union and Portage Bays, with sights of the Cascade Range to the east and the Olympic Mountains to the west.

University of Washington (UW) is recognized as one of the best universities in the United States.

Many noteworthy graduates and faculty members have been associated with the university, including Nobel Laureates, multiple Pulitzer Prize winners, Fulbright Scholars, Rhodes Scholars, and Marshall Scholars.

Columbia University is one of the top universities in the United States of America prior to its educational quality.

Cornell University is a statutory land-grant research university in Ithaca, New York, and is also a private Ivy League university.

Ezra Cornell and Andrew Dickson White founded it on April 27, 1865, with the goal of teaching and contributing to all fields of knowledge, from the classics to the sciences, and from the theoretical to the practical.

Cornell University is one of the best universities in the United States, with its main campus overlooking the city on East Hill in Ithaca, New York.

At Cornell’s main Ithaca campus, the university is divided into seven undergraduate colleges and seven graduate divisions, each with its own admissions standards and academic programs.

It was formed by Benjamin Franklin, who was a key contributor to the Declaration of Independence’s drafting and the U.S Constitution.

There are four undergraduate colleges and twelve graduate and professional schools within the university. The College of Arts and Sciences, the School of Engineering and Applied Science, the Wharton School, and the School of Nursing all have undergraduate programs.

A law school, whose first professor drafted the first draft of the United States Constitution, is among the university’s top ranked graduate and professional institutions

Donald Trump (45th President of the United States), Elon Musk (Founder and CEO of SpaceX and Tesla), John Legend (Musician), Warren Buffett (American Businessman), and others are among its noteworthy graduates.

The university was named after its first sponsor, Johns Hopkins, an American entrepreneur and philanthropist.

Johns Hopkins University was the country’s first research university, and it has campuses in Maryland and Washington, D.C., as well as foreign locations in Italy and China.

On the Homewood site in Baltimore’s Charles Village district, the Zanvyl Krieger School of Arts and Sciences and the Whiting School of Engineering are the two undergraduate departments.

Mike Bloomberg is a well-known John Hopkins University alumnus (Co-founder and CEO of Bloomberg L.P.) and the university has also produced a number of other notable alumni.

SEE: The 10 Largest Cities in the World

A recap of the list of the 10 best universities in USA can be found below.