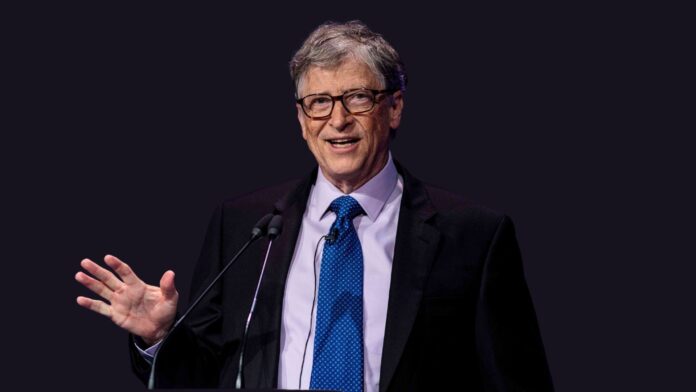 Bill Gates is a businessman, entrepreneur, and philanthropist from the United States. Along with his late childhood friend Paul Allen, he co-founded Microsoft.

Microsoft Corp. is an American multinational technology company that is based in Redmond, Washington. The company is known for its production of personal computers, consumer goods, and software for computers.

How much is Bill Gates Net Worth?

Bill Gates net worth in 2022 has been estimated to be $127 billion, making him the fourth richest man in the world.

According to Investopedia, Bill Gates has a Microsoft ownership stake of 1.3% which is valued at $29.9 billion and public assets worth $57.1 billion, and some cash at hand which has also been reported to worth $55 billion. 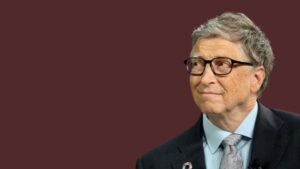 Bill Gates’ father, William Gates Sr., was a well-known lawyer, and his mother, Mary Maxwell Gates, was a member of the board of directors for First Interstate Banc System and the United Way of America.

At age 13, he went to a private prep school called Lakeside, where he wrote his first piece of software.

The Lakeside School Mothers’ Club used profits from a rummage sale to purchase a Teletype Model 33 ASR terminal and a block of computer time for the pupils when he was in eighth grade.

Gates became interested in programming the GE system in BASIC, and he was excused from math classes to satisfy this passion.

Here on, he built his first computer program, which was an application of tic-tac-toe that allowed people to compete against the computer in several games.

Gates received his diploma from Lakeside in 1973. He received a collegiate SAT score of 1590 out of 1600, a feat of intellectual prowess that he spoke about for several years when meeting new people.

Together with his childhood friend Paul Allen, he developed soft wares for the earliest microcomputers. They began by porting BASIC, a popular programming language for large computers, to microcomputers. Due to the success of this effort, Gates left Harvard in his junior year and, along with Allen, founded Microsoft.

In 1975, Bill Gates and Paul Allen founded Micro-Soft, a company whose name is a portmanteau of the words “micro-computer” and “software.” The company’s first offering was a piece of software written in BASIC that was compatible with the Altair computer.

Initially, things were not plain sailing. Although Microsoft’s BASIC software program for the Altair computer generated fees and royalties, it did not cover the company’s expenses.

Only approximately ten percent of the people who used BASIC on the Altair computer actually paid for it, according to a subsequent account written by Gates.

When Microsoft licensed an operating system called MS-DOS to International Business Machines Corporation; IBM was able to use it on its first microcomputer, which was called the IBM PC. This greatly increased Gates’ influence over the infant microcomputer industry

Microsoft was also chosen by manufacturers of IBM-compatible PCs and clones for their core software. By the beginning of the 1990s, he had become the definitive frontrunner in the PC business.

In addition to his work at Microsoft, Bill Gates was well-known for philanthropic contributions he made throughout his life. In 1994, Bill and his then-wife Melinda established the William H. Gates Foundation to fund global health programs and Pacific Northwest initiatives.

Although he stepped down from his position as chairman in February of 2014, he continued to serve on the board of directors until the year 2020.

As at 2022, Bill Gates net worth is reported to worth $127 billion and he is one of the top billionaires in the world.

As already stated, Bill Gates net worth is currently valued at $127 billion, which makes him one of the richest billionaires in the world.

Bill Gate has made a lot of accomplishments following the formation of his Microsoft Company alongside Late. Paul Allen.

Today, Microsoft remains one of the world’s most valuable companies.

Kindly let us know what you think about this article on Bill Gates Net Worth and Biography.