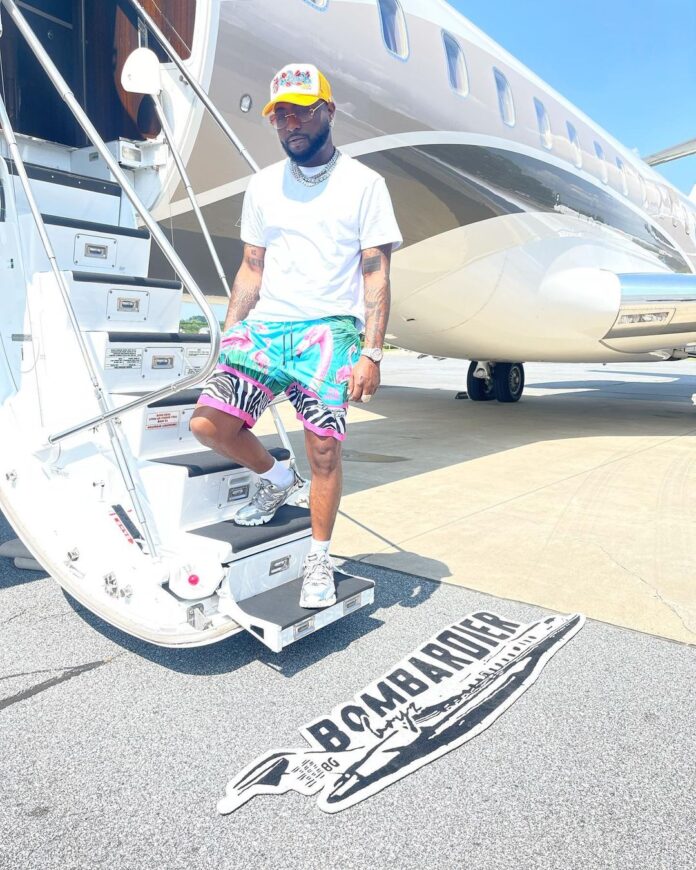 Quickly check out Davido’s profile below.

Davido Net Worth in Naira Currency

Davido, whose real name is David Adedeji Adeleke was born on November 21, 1992, in Atlanta, Georgia.

Vero Adeleke, his late mother, was a university lecturer, and Dr. Adedeji Adeleke, his father, is a Nigerian business mogul.

Davido has four other siblings and he is the youngest among them. He is also the second male child in the family.

Davido’s passion for music began while he was a student at Oakwood University.

Davido dropped out of a University in the United States called Oakwood University, to focus only on his music career.

Davido suspended his music career for a while upon moving to Nigeria in 2011 and agreed to enroll in Babcock University to make his father happy.

His father financed the university to build a music department for an inaugural class of one student, and he graduated with a degree in music from Babcock in July 2015.

SEE: The list of the 10 richest Yoruba men in Nigeria.

Davido began his career in the music industry at a young age, but it was until the year 2011 that he became a well-known public personality in the Nigerian music sector.

Before that, Davido formed the music group called KB International with B-Red and Shina Rambo, his cousins.

Davido left Oakwood University, United States with the aim to focus on his music career and traveled to London to perfect his vocals in music.

Clarence Peter shot Dami Duro in Lagos, which Davido co-produced with Shizzi. In January of 2012, the song Dami Duro was released with a great visual and shortly, Dami Duro became the buzz of the country after receiving a lot of airplay on various media outlets.

He has been getting success in the Nigerian music industry since 2011, when he launched the single jam “Dami Duro”.

A walk through on some of Davido’s songs

The single hit song, Dami Duro really added value to Davido net worth about the time he released it and that began the successful journey of his music career.

Davido released the Shizzi-produced track “Gobe” on February 25, 2013. It took second place on the Premium Times’ Top 10 Songs of 2013 list.

It took second place on the Premium Times’ Top 10 Songs of 2013 list. On August 18, 2013, Davido popularized “Skelewu” by posting to YouTube an influencing dance video directed by Jassy Generation.

The release of the video was shortly followed with the announcement of a “Skelewu” dancing competition and that was how the Skelewu dance went viral.

Davido also released his single “Fia” on November 10, 2017. Fresh VDM produced the song, which was categorized as a neo-highlife track.

The song titled “Assurance” was also among Davido’s hit songs that were released in 2017.

On November 22, 2019, Davido’s new album was released and album features the following tracks ; “If”, “Fall”, “Assurance”, “Take My Breath Away”, and “Risky”, which were all singles at the time they were firstly released.

Also, around ending 2020, he released a song titled “The Best” featuring Maryorkun; another popular musician in Nigeria.

Davido has really been hitting the Nigerian music industry with nice jams and Nigerian would love to enjoy more of his songs.

Since 2011 that Davido gained popularity in Nigeria’s music industry through his first song release of “Dami Duro”, he has been honored with over 109 awards.

Here are some of Davido’s notable awards and recognitions over the years.

Davido’s net worth has been estimated to be around $20 million, and that has a lot to do with his luxury lifestyle.

Although Davido’s father is a wealthy man, but most people gets it wrong because they feel he has been spending and enjoying his father’s money so far.

Let’s look at it this way, he is one of the most famous musicians in Nigeria and his music career has been quite successful so far.

Close Up, MTN, Infinix, and other Nigerian and international firms have enlisted and endorsed Davido as a brand ambassador.

That is quite enough to make him one of the richest musicians in Nigeria.

He is mostly seen flaunting luxuries and expensive possessions on social media, which would really make people pounder on the question “What is Davido’s net worth?”.

Let’s quickly check out some of Davido’s luxury possessions below;

Check out: The Top 10 Tallest Buildings in the World.

Conclusion – Davido Net Worth in 2022

Davido’s net worth is $20 million and his net worth keeps increasing because of his active engagement in several luxuries.