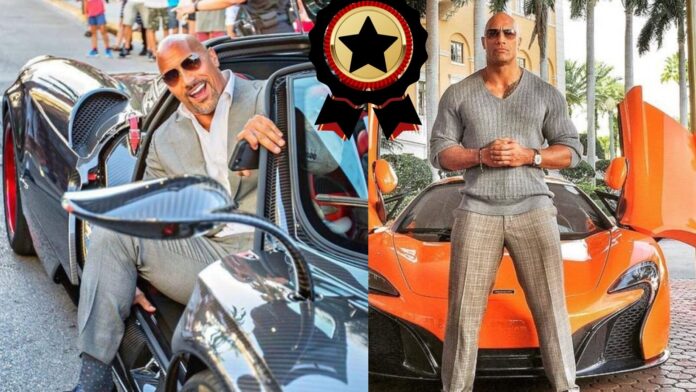 Dwayne Johnson AKA “The Rock” is a very famous American Actor known for appearing in movie genres like action, adventure, comedy, among others. “The Rock” Dwayne Johnson’s Net Worth has been estimated to be $320 Million as at 2022.

Just in: Best Universities in USA 2022

He has amassed the most of his net worth via performing and commanding large upfront payments. In 2019 and 2020, Dwayne Johnson was named the Highest-Paid Actor by Forbes.

Dwayne Douglas Johnson, technically known as The Rock, is an actor, businessman, and former professional wrestler from the United States.

He wrestled for WWE for eight years before deciding to pursue a career in acting. He is acknowledged as one of the best professional wrestlers of history of WWE.

Dwayne Johnson was born on May 2, 1972 in Hayward, California, one of the Richest States in USA. His father, Wayde Douglas Bowles was also former professional wrestler, popularly known as Rocky Johnson.

Dwayne Johnson is also a talented athlete and was said to have competed in a lot of football games and athletes for his high schools.

The Rock’ passed up a football career in favor of a career as a professional wrestler. Pat Patterson, a veteran wrestler, arranged for Dwayne Johnson to compete in multiple WWF tryout matches in 1996.

He defeated The Brooklyn Brawler at a home show on March 10 and lost matches to Chris Candido and Owen Hart while wrestling under his true name.

Dwayne Johnson made his WWF debut as Rocky Maivia, a combination of his father and grandfather’s ring names. While he was still a wrestler, The Rock began his acting career on television.

The Rock went through various titles in the WWF, which eventually became WWE, which include “The Brahma Bull,” “The Great One,” “The People’s Champion,” and “Rocky” before settling on “The Rock.”

Wrestlers such as The Sultan, Bre Hart, Mankind, Triple H, Shane McMahon, Rikishi, Edge Hogan, and John Cena are among those he has faced and defeated during his career.

In 1999, he made his first television appearance in an episode of That ’70s Show called “That Wrestling Show,” in which he played his own father. Dwayne Johnson fought iconic character Seven of Nine as an alien wrestler in the Star Trek: Voyager episode “Tsunkatse” nearly a year later.

So far, it can be argued that Dwayne “The Rock” Johnson made his way into Hollywood and the film industry by way of his wrestling fame and a willingness to work hard.

Today, the net worth of Dwayne Johnson has been estimated to be $320 and he has rose to become one of Hollywood’s highest-paid and most prominent actors during the course of his career.

Some of The Rock’s Filmographies

Some of Dwayne Johnson’s movies are listed below.

Below are some of the notable movie awards of Dwayne Johnson.

For a recap, The Rock Net Worth in 2022 is estimated to be $320, making him one of the richest actors in the world.