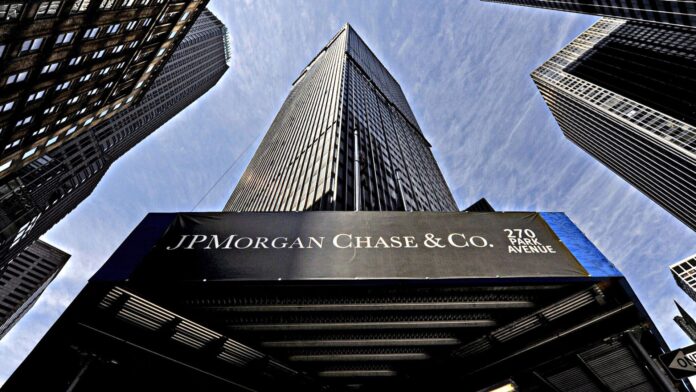 Which of the U.S banks are the largest? Well, you are just about to find out the top 10 largest banks in USA.

The U.S banking system is one of the best fifty in the world. It has played a vital role in supporting the economy and the financial system of the United States.

The Federal Reserve System is the central bank of the United States, which was founded in 1913 by the congress, to provide effective operations in the U.S economy. Among other things, is the aim to provide the country with a safe, flexible, and stable financial system.

Ever heard of the big four banks of the United States? They include JPMorgan Chase, Bank of America, Citigroup, and Wells Fargo. These big four U.S banks are also famous for their top rankings among the world’s largest banks.

There are over 4,900 banks in the United States of America, however, here below are the top 10 largest banks in USA by consolidated Assets.

The Top 10 Largest Banks in USA by Assets

JPMorgan Chase & Co. is an American global investment bank and financial services holding corporation that was incorporated in the state of Delaware but has its headquarters in New York City. You can also find top law firms in New York. JPMorgan Chase is the largest bank in the United States having total assets of $3.47 Trillion.

It is a universal bank and is one of the largest providers of investment banking and financial services. The bank was formerly known as Chemical Bank before acquiring Chase Manhattan and adopting its name.

Since 1996, several of the largest American banking companies, including Chase Manhattan Bank, J.P. Morgan & Co., Bank One, Bear Stearns, and Washington Mutual, have merged to form what is now known as JPMorgan Chase.

JPMorgan Chase is one of the leading banks in the world and it has over 4,800 branches across 48 U.S states, and 16,000 ATMs nationwide.

The Bank of America Corporation is a worldwide investment bank and financial services holding company based in Charlotte, North Carolina, in the United States of America.

It was established in San Francisco, and NationsBank of Charlotte purchased it in 1998, giving it its current shape.

The Bank of America is also listed among the big four financial organizations in the U.S. Moreover, commercial banking, wealth management, and investment banking are the three key areas in which Bank of America excels as a financial service provider.

Around the world, Bank of America has over 66 million individual customers and clients that own small businesses.

Due to its satisfying customer service, it is widely regarded as one of the best banks in USA.

Today, it is the second largest bank in USA and its total assets have been calculated to worth $2.52 Trillion.

In 1852, Wells Fargo was established, and today, it is one of the 10 biggest banks in the United States, having total assets of $1.78 Trillion.

The company serves more than 70 million clients across the world and operates in 35 different nations. The Financial Stability Board identifies it as a financially significant entity that has a significant role in the system.

Wells Fargo is one of the United States’ “Big Four” banks. It has 8,050 locations and 13,00 cash machines and is widely considered to be among the most valuable bank brands in the world.

The third largest bank in America is the Citigroup. Citigroup was established on October 8, 1998, due to the $140 billion merger of Citicorp and Travelers Group.

Citigroup is a New York City-based American multinational investment bank and financial services organization. The holding company for Citibank, Citicorp, as well as a several foreign subsidiaries are owned by the Citigroup.

It is one of the nine international investment banks that are included in the Bulge Bracket.

Citigroup operates in more than 160 countries and has about 200 million customer accounts. About 700 of Citibank’s branches are located within the United States, while the bank maintains more than 1,800 locations overseas.

Customers in the United States have access to over 65,000 ATMs that do not charge any transaction fee.

U.S. Bancorp has total assets worth $564.16 Billion, making it one of the biggest banks in USA.

As a financial holding company, U.S. Bancorp provides its customers with banking, investing, mortgage, trust, and payment services and products.

The corporation was established on April 2, 1929, and its headquarters could be found in Minneapolis, Minnesota.

U.S. Bancorp operates a network of 4,059 ATMs in addition to 2,230 banking branches, the most of which are in the Midwest and Western region of the United States. It currently holds the position of the fifth largest bank in the United States of America.

PNC Financial Services Group, Inc. is a bank holding company and financial services corporation operating in the United States of America. Its headquarters is based in Pittsburgh, Pennsylvania.

It was originally founded on April 10, 1855, in Pittsburgh as the Pittsburgh Trust and Savings Company.

PNC Bank, which is a subsidiary of the company, conducts business in all 27 states and the District of Columbia with a total of 2,629 branches and 9,523 automated teller machines. The PNC Financial Services Group has a total asset amounting to $551.90 Billion, and it is widely regarded as one of the largest banks in the U.S.

As a result of the December 2019 merger between Branch Banking and Trust Corporation and SunTrust Banks, the Truist company was founded. It has however become one of the top banks in the United States of America shortly after its merger.

The company’s bank has 2,781 locations across 15 states and the District of Columbia, where it serves customers with consumer and commercial banking, securities brokerage, asset management, mortgage, and insurance products and services.

It was established in 1869, and its headquarters may be found at 200 West Street in Lower Manhattan, New York. It also has offices in all the major financial capitals throughout the world.

Goldman Sachs ranks eight on the list of largest banks in the USA by assets and the Financial Stability Board classifies it as a financially significant and systemically important institution.

TD Bank is a national bank that operates in the United States and is a subsidiary of the TD Bank Group, which is an international financial institution.

It runs over 1,100 retail locations and 700 automated teller machines across the United States and provides a full variety of retail, small business, and commercial banking products and services.

Its primary operations are carried out along the East Coast, which spans fifteen US states and the Washington, D.C.

The TD Bank headquarters may be found in Cherry Hill, New Jersey. TD Bank has however become the ninth largest bank in the US, having assets worth $388.34 Billion.

The Integration of artificial intelligence and use of digital technologies has also had a significant impact on the bank’s financial services.

Capital One Financial Corporation is ranked as the tenth largest bank in the USA. It is a bank holding corporation based in the United States which specializes in credit cards, auto loans, banking, and savings accounts.

Its primary business operations are in the United States and its headquarters is found in McLean, Virginia.The bank has 755 branches, 30 café-style locations, and 2,000 automated teller machines.

The company has 3 divisions, and they include credit cards, consumer banking and commercial banking. By purchasing volume, it was one of the leading credit card providers in 2016.

There above is the list of the top 10 largest banks in USA 2022. They can also be classified as the biggest U.S banks by assets.

Most people ask the question, which U.S bank is in all 50 U.S states? The only bank that is close to being in all 50 states is the JPMorgan Chase bank which is available across 48 U.S States, except Alaska and Hawaii.

What do you think of this article on the list of the largest banks in America? Kindly reach out to us if you have any opinion or corrections.