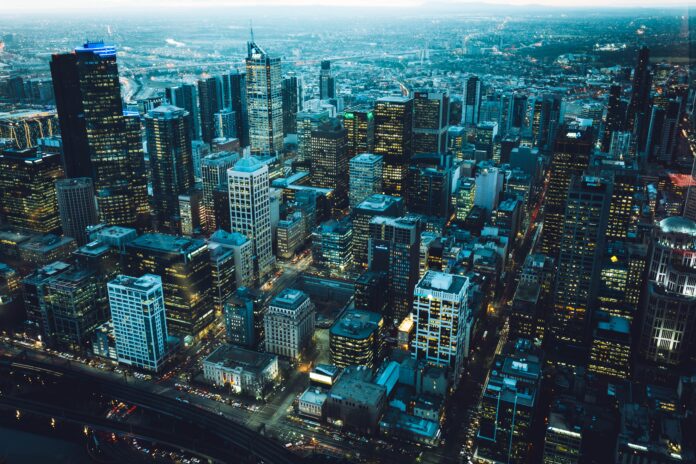 What are the largest cities in the world today? It shouldn’t be a surprise that the world’s population is growing rapidly.

With the level of Urban Development emerging across the world, it has been projected that Urban areas would house 60% of the people globally by 2030.

The desire for luxury lifestyle, job opportunities, stable economy, quality education, technology advancement, business, improved health care and other reasons have been facilitating the rapid increase in urban areas and making it possible for the transformation of cities into Megacities.

Also, China and India has majority of their cities listed among the largest cities in the world, speaking of Shanghai & Beijing (China), Delhi & Mumbai (India), and others.

To learn more about these megacities and their current population, let’s check out the 2022 list of the 10 largest cities in the world by population below.

Related: Tallest Buildings in the World

Here is a detailed list of the largest cities in the world 2022 in ascending order of arrangement. 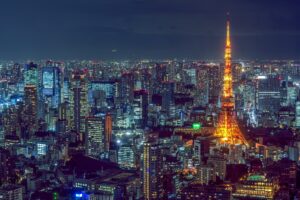 Tokyo is the largest city in the world by population and it is located in the country of Japan, where its serves as its capital city.

Tokyo, the largest metropolis in the world is widely popular for its world-class foods and restaurants.

The city of Tokyo has hosted several international events including the summer Olympics and Paralympics.

Tokyo has a total area size of 847.14 square miles, making it the 45th largest city by area in the Japan. 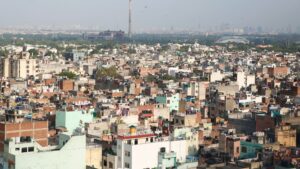 Delhi is one of the largest cities in the world by population as it has an estimated population of 31,181,378.

It is India’s most populous city and can be found in the north-central of India.

Delhi is likewise called the National Capital Territory of Delhi. It is the second-wealthiest city in India.

When it comes down to productivity, Delhi is one of the top two most productive cities in India.

Shanghai, a city located in China has an estimated population of 27,795,702, making it to the list of largest cities in the world by population.

The city of Shanghai regarded to be among the four direct-administered municipalities of the People’s Republic of China.

It is a popular hub in China for business, finance, research, tourism, transportation, education, science & technology, manufacturing, and culture.

It is a city located in the Southeastern region of Brazil. Sao Paulo is the world’s largest Portuguese-speaking city.

Sao Paulo was named after Apostle, Saint Paul of Tarsus. The city also has nicknames like; Terra da Garoa (meaning the Land of Drizzle), Sampa, and Pauliceia. 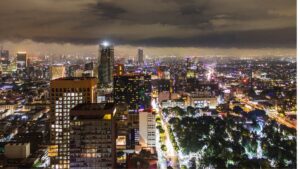 Mexico City is located in the valley of Mexico and it is portrayed as the capital of Mexico.

It the most-populous city in Northern America and likewise regarded as one of the world’s largest cities.

Mexico City was firstly founded on March 13, 1325 as Mexico-Tenochtitlan and was renamed three times in which the 3rd one occurred on January 29, 2016 as it was renamed as “Ciudad de Mexico” while the general name stands as Mexico City.

The city is a popular hub for tourism as tourist tend to visit its attractions and historic sites like; the Templo Mayor and the Great Pyramid of Tenochtitlan, the Palacio de Bellas Artes (Palace of Fine Arts) and others.

Mexico City is one of the most-populous cities in the world as its estimated population for 2022 is 21.9 million.

Dhaka is a city located in Bangladesh and it is regarded as its capital city.

The population of Dhaka city has been estimated to be 21.7 million and thereby making it to the list of the top 10 largest cities in the world.

Dhaka, Bangladesh’s largest city is a famous hub for financial, commercial and entertainment activities in Bangladesh and also responsible for about 35% of the country’s economy.

Dacca is another interchangeable name for Dhaka and its nicknames include; the City of Magic and the City of Mosques.

The common culture of Dhaka city include; rickshaws, cuisine, art festivals and some of the other religious diversities. 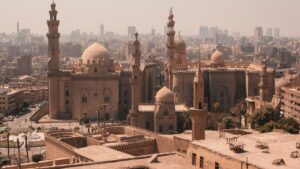 It is located at the banks of the Nile River in the northern region of Egypt.

Egypt’s capital city is Cairo and it was founded in 969 AD by the Fatimid dynasty.

Cairo is portrayed as the largest Metropolitan area in the Middle East and generally in the Arab sphere. It doesn’t end there, it is also one of the largest cities in Africa.

The city is home to majority of Egyptian museums and historic places like the Pyramids of Giza, Al-Azhar Mosque, Coptic Cairo, Maze of Khan el-Khalili, Cairo Egyptian Museum and so much more.

Cairo is nicknamed the City of a Thousand Minarets and its total area size amounts to 3,085.12 km2.

Beijing, a megacity located in China is among the largest cities in the World as its population has been estimated to be 20.8 million.

It is particularly located in the northern region of China. The name Beijing is alternatively called “Peking”.

Beijing has majority of China’s largest state-owned companies and is also home to the majority of the Fortune Global 500 companies in the world.

One of Beijing’s airport is the world’s second busiest airport by passenger traffic. Beijing is also regarded as the billionaire capital of the world because it has the highest number of billionaires residing in the city.

Beijing has hosted quite a number of international sporting events like the Summer Olympics of 2008 and the 2008 Summer Paralympics gaming events. 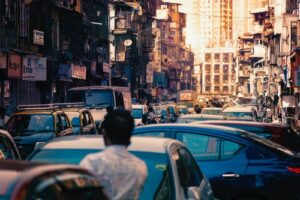 Mumbai is a mega city in India. It was formerly called the city of Bombay.

It is the second largest city in India and one of the largest cities in the world. Mumbai’s population has been estimated to be 20.6 million.

The city has the highest number of millionaires and billionaires in India. Mumbai is a financial hub in India and according to Mercer, it is the most expensive city in India.

Mumbai has the nicknames; the City of Seven Islands, Indian Bollywood, City of Dreams, and the Gateway of India. 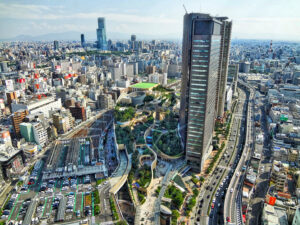 Osaka is the second largest city in Japan after Tokyo and the 10th on the list of the largest cities in the world 2022.

The city can be found on the Japanese south-central island of Honshu. Osaka is famous for its casual food and street food, in fact, it is sometimes called the street food capital of Japan.

Despite Osaka’s population of 19.1 million residents, it is one of the safest cities in the world.

It is one of the major financial hubs in Japan and also famous for its outstanding commercial centers.

Osaka City is home to Osaka University, Osaka Castle, Osaka Aquarium and many other famous landmarks in Japan.

The Largest Cities in the World – Conclusion

You need to understand that in the next few years, there could either be an increase in the population of these largest cities in the world or a decline in population.

A lot of factors can contribute to the increase and decline in population of these cities but it majorly varies on migration, in or out of the cities.

Osaka, for example used to be the largest city in Japan by population but has declined in population over the years placing Tokyo way ahead of it due to Tokyo’s rapid increase in Population.

Prior to urbanization, towns are developing into cities, cities are becoming megacities; which would continue to be a major key factor in the rapid growth of cities around the world.