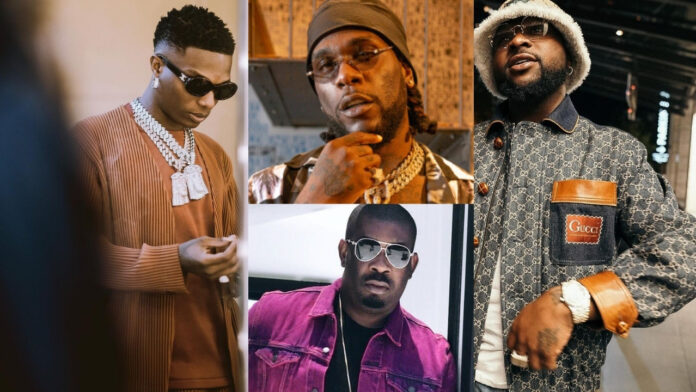 Who are the Richest Musicians in Nigeria? Today is another day to find out about how rich your favorite Nigerian musician is.

The progress Nigerian Musicians are making in their music careers has been attracting several endorsement deals at both local and international level.

Not only that, people tend to even pay more to purchase their albums and attend their shows.

All these have been making Nigerian musicians richer and richer, although some backs it up with some personal investments to boost their wealth.

All these put together is why we are making a list to know who the richest musicians in Nigeria are.

How about this quick question, who is richer between Davido and Wizkid? This has been a serious debate between majority of Davido <FC> Fans and Wizkid <FC> Fans, but today would definitely settle it.

How about checking out the latest list of the top 10 richest musicians in Nigeria which we have for you below.

I hope you’ve seen above the list arrangement of the richest musicians in Nigeria for the year 2022.

Now let’s check out the necessary details of these 10 richest Nigerian musicians below. 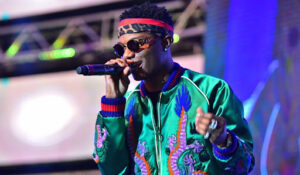 Wizkid, also called Big Wiz or Machala is the richest musician in Nigeria with an estimated net worth of $21 million.

Big wiz is not only the richest Nigerian musician, he is also one of the best musicians in Nigeria.

Wizkid’s real name is Ayodeji Ibrahim Balogun while he goes by the stage name Wizkid. He was born on July 16, 1990 in Surulere, Lagos State, Nigeria.

Wizkid also studied at Lagos State University and Lead City University before he dropped out completely to pursue his dreams in the music industry.

He became popular following the release of his first single titled “Holla at Your Boy” in 2010. At that time he had just been recently signed into E.M.E Record Label by Banky W.

In 2011, Wizkid released his first debut album titled “Superstar” and that really began his successful journey in the Nigerian music industry.

He currently has his own record label called Star Boy Entertainment, which he founded in 2013.

Big Wiz is one of few Nigerian Artistes to receive a Grammy Award. He won a Grammy for the “Brown Skin Girl” Corroboration song with Beyoncé.

That day was a joyous one for Nigerian music lovers because Burna boy also won a Grammy the same day Wizkid got one.

So far, Wizkid has gained a lot of achievements in the Nigerian Music Industry and some of his awards include 3 BET Awards, 2 Billboard Awards, 4 MOBO Awards, 1 Grammy Award and more. 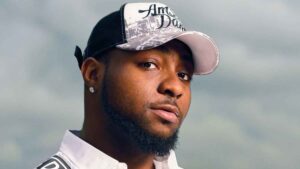 David Adedeji Adeleke who goes by the stage name Davido is the 2nd richest Nigerian musician on our list of the richest musicians in Nigeria 2022.

He is a singer, record producer and songwriter. The kinds of music genres Davido specializes in are; afro beats, R&B, afro pop music, electro pop, dancehall, pop, and reggae.

O.B.O, meaning Omo Baba Olowo is popularly known to be one of Davido’s other stage names.

He attended Oakwood University in USA where he studied Business Administration before he dropped out.

But when he got to Nigeria, he eventually enrolled for a degree in Music and graduated from Babcock University.

Davido’s successful journey in the Nigerian music industry began following the release of “Dami Duro” and since then he has been gaining a lot of fans.

Some of the other hit songs released by Davido include; Assurance, Aye, Skelewu, Fall, If, Jowo, Fans Mi, Collest kid in Africa and others.

O.B.O’s net worth is estimated to be $20 million in 2022, making him one of the richest musicians in Nigeria. 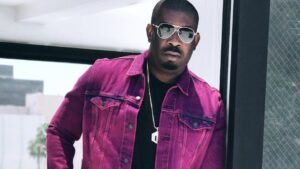 Don Jazzy is one of the richest Musicians in Nigeria with an estimated net worth of $18.5 million.

His real name is Michael Collins Ajereh but goes by the studio name Don Jazzy.

Don Jazzy is the CEO of Marvin Records and as well the founder. He works as a record producer, singer, audio engineer, and a songwriter in Nigeria.

As seen by a lot of people, he is portrayed as a philanthropist and a business man.

He was married to Michelle Jackson in 2003 but divorced in 2005 because of some certain reasons.

Don Jazzy has been successful with his music career and business over years and his Record Label has produced several talented artistes in Nigeria.

Some of the Nigerian Artistes that got their fame through Don Jazzy’s Record Label include; Korede Bello, Wande Coal, Buna boy, Tiwa Savage, Ayra Starr, Rema and many others. 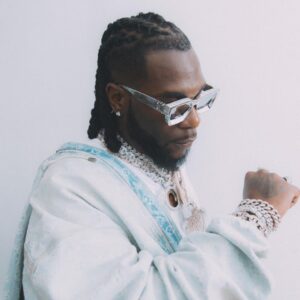 The 4th on this list of richest musicians in Nigeria is Burna Boy. He has an estimated net of $17 million.

He is a Nigerian musician, singer, rapper, dancer and a song writer.

Damini Ebuoluwa Ogulu completed his secondary education in Corona Secondary School, located in Ogun State, Nigeria. He also attended University of Sussex for his tertiary education in pursue for a Degree in Media Technology.

Burna boy got famous in 2012 after releasing “Like to Party”, which was also included in his Debut album called “L.I.F.E”.

Burna boy’s fourth album titled “African Giant” was released in 2019 and it won the album of the year during the All Africa Music Awards.

Another Album released in 2020 by Burna boy, titled “Twice as Tall” was also a big success and attracted a Grammy Award.

Burna boy has engaged in a lot of endorsement deals with companies like Pepsi, Star and others.

As at 2022, Burna boy’s estimated net worth is roughly $17 million, making him one of the richest musicians in Nigeria.

2baba’s real name is Innocent Ujah Idibia, while his stage name used to be “2Face” also called “Tuface” but recently changed his name to 2baba.

Innocent Ujah Idibia was born on September 18, 1975 in Jos, Nigeria.

He dropped out later on to focus on his career in music and today, he is one of the successful and richest Nigerian Musicians.

2baba is the Chairman and founder of Hypertek Digital which was established in 2013.

He is a Nigerian singer, songwriter, record producer, philanthropist and a business person.

2baba got a huge rise to fame in Nigeria and at international level, when he released a single titled “African Queen”. Since then, 2face/2baba has been greatly respected in the Nigerian music industry.

2baba’s net worth has been estimated to be $16 million and he is one of the richest musicians in Nigeria. 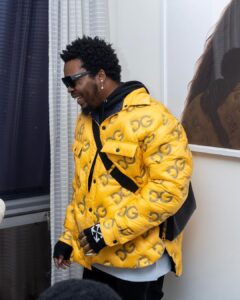 Olamide’s complete name is Olamide Gbenga Adedeji. He is a Nigerian Singer, rapper and songwriter. Olamide is one of the richest musicians in Nigeria.

Olamide attended Tai Solarin University where he studied Mass Communication for a while before dropping out, due to some financial issues.

He has two other silblings, which one of them is the DJ of YBNL and commonly known as DJ Enimoney.

Olamide is the founder of YBNL record label which was established in 2012. YBNL full meaning is Yahoo Boy No Laptop.

The kinds of music genre Olamide specializes in are; Hip pop and Afro beats.

Olamide has also corroborated with the likes of Wizkid, Davido, Lil Kesh, Naira Marley, and Reminisce and so on in producing hit songs so far.

He started releasing his songs in 2010 and he rose to fame real fast after releasing his first few albums like “Rapsodi”, “YBNL” and “Baddest Guy Ever Liveth”.

Some of his popular songs in no particular order include; Eni Duro, Voice of the Street, Bobo, Story for the Gods, Loading, Goons Mi, Motigbana, Who you Epp, Duro Soke, etc. 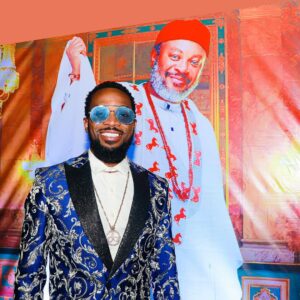 D’banj is among the richest Nigerian Musicians with an estimated net worth of $11.1 million.

His real name is Oladapo Daniel Oyebanjo but goes by the stage name D’banj.

D’banj is a singer, rapper, song writer, lawyer and a businessman. He is happily married to Lineo Didi Kilgrow.

He is the Co-founder of Mo’ Hits Record Label along with Don Jazzy, another famous musician in Nigeria.

D’banj attended Lagos State University, Nigeria where he studied Mechanical Engineering for some time but eventually dropped out to focus on his music career.

One of his greatest hit songs that got so much fame, even internationally was his 2011-2012 released song titled “Oliver Twist”.

D’banj has made several endorsements with multi-millionaire companies and industries which has triggered his wealth beautifully.

Some of the big companies he has endorsed with include; Globacom, Beats by Dre, Heritage Bank and many others. No wonder he is one of the richest musicians in Nigeria. 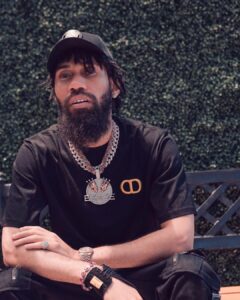 Chibuzor Nelson Azubuike known for the stage Phyno or Phyno Fino is the 8th richest Nigerian musician on this list of 10 richest musicians in Nigeria.

He is a Nigerian Singer, rapper, record producer and a songwriter. Phyno is better known in Nigeria as an Igbo rapper.

Phyno Fino was born on October 9, 1986 in Anambra State, Nigeria.

His friend from high school gave him his stage name phyno from the phenomenal vocabulary.

He started his music career in 2003 and so far, he has been associated with Sputnet and Penthauze record labels towards his music production.

Phyno Fino has also produced nice songs with other popular Nigerian Musicians like Olamide, Davido, Wizkid, Flavour, Timaya, Falz, and so on.

The kinds of music genres Phyno specializes in, are Igbo rap and Hip-pop.

Phyno’s net worth is currently estimated at $11 million, making him one of the richest musicians in Nigeria. 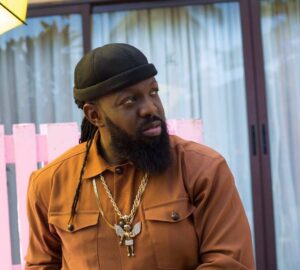 Timaya is the CEO and the founder of the Record Label called DM Records Limited, a music enterprise in Nigeria.

Out of 15 siblings, he is the youngest of them all. Timaya’s father was a Nigerian banker while his mother was a trader.

Timaya is a singer and a Nigerian songwriter. His net worth is $10.5 million, making him one of the richest musicians in Nigeria.

He started his music career on 2005 and released his first song that same year.

Timaya released his first album titled “True Story” in 2006 and his second album in 2008 titled “Gift and Grace”.

He specializes in the following kinds of Genres; hip-pop, dancehall, afro beats, raga and more.

Timaya Odon released an album in 2012 titled “Upgrade” which really hit the Nigerian music industry. Two of the popular songs found in the album include “Sexy ladies” and “Bum Bum”.

So far, Timaya has won up to 4 Headies Awards, 1 Nigerian Music Award, 2 AFRIMMA Awards and more. The last on our list of the 10 richest musicians in Nigeria is Rude Boy with an estimated net worth of $10.2 million.

P-square over the years has been widely known for the twin brothers with the names Peter and Paul, but only Paul would be on list for today.

He became popular right from when he was still in corroboration with his twin brother, forming the P-square duo.

Rude boy is the founder of the record label with the name “Fire Department Inc”.

Rude boy has won several Awards alongside his brother while he was in the P-square duo and some of these awards include; 5 Headies Awards, 7 Nigerian Music Awards, 4 MTV Africa Awards, 3 BET Awards and so much more.

See: The Top 10 Tallest Buildings in the World.

Is Davido Richer than Wizkid?

So here you have your answer, Wizkid is richer than Davido, with about $1 million.

There above you have our list of the top 10 richest musicians in Nigeria 2022.

You need to understand that these list was deeply researched on and conclusion was made based on the estimated worth of their property and not the cash at hand.

So did your best Nigerian Music Artiste make it to the list of the 10 richest musicians in Nigeria? Kindly let us know in the comment box.