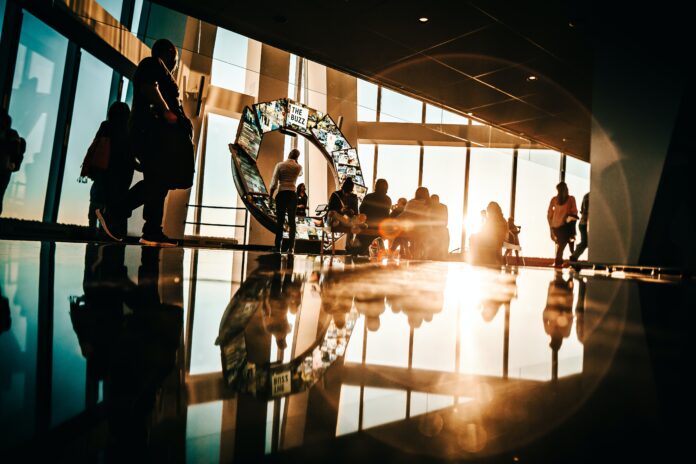 We are happy to share with you the list of the top 10 richest People in Nigeria, including their sources of wealth.

According to All Africa, Nigeria, the giant of Africa is the richest country in Africa with an enormous GDP of $446.5 billion.

Nigeria is a country blessed with natural resources and has agricultural advantage due to its green and fertile lands.

Oil as a natural resources in Nigeria is one of the major key sources which generates huge revenue for the country.

It should be no surprise that the richest man in Africa on Forbes’ list hails from Nigeria.

Just in: Richest Musicians in Nigeria.

Here is the detailed list of the 10 richest people in Nigeria 2022, their net worth and their sources of wealth in a descending order of arrangement.

Orji Uzor Kalu is a business man and a popular politician in Nigeria. He has an estimated net worth of $1 billion, making him one of the richest people in Nigeria.

Orji completed his secondary school education at Barewa College, Zaria and graduated from University of Maiduguri with a degree in political science.

Orji Uzor Kalu is a business man in Nigeria and has series of investments across the country.

He is the chairman of two big newspaper companies in Nigeria namely; the Daily Sun and New Telegraph Newspapers.

Orji Uzor Kalu is also the CEO and chairman of SLOK Holding; a company which holds interests across Africa in oil & gas, real estate, banking and finance, media and publishing, tourism, trading, insurance and so on.

Jimoh Ibrahim is one of the richest men in Nigeria and has an estimated net worth of $1.05 billion.

He is a business man, philanthropist and a Nigerian lawyer. Jimoh Ibrahim was born in Ondo State, Nigeria on February 24, 1967.

Ibrahim Jimoh graduated from Obafemi Awolowo University with a degree in Law (LLB) and obtained another degree of Master of Public Administration (MPA) in the same OAU.

He didn’t stop there, he travelled overseas to study Law and International taxation in Harvard University in Cambridge, Massachusetts, United States of America.

Jimoh Ibrahim is the CEO and chairman of Global Fleet Group; a conglomerate located in Nigeria and widely, West Africa.

Global Fleet group is a multi-industry company in Nigeria which has interests across different sectors in Africa.

Pascal Gabriel Dozie’s net worth has been estimated to be $1.1 billion. He is widely regarded as one of the wealthiest people in Nigeira.

He is a Nigerian businessman and an entrepreneur who founded Diamond Bank Plc. Pascal Gabriel Dozie was born on April 9, 1939 in Owerri State, Nigeria.

Pascal Gabriel Dozie attended Holy Ghost College for his senior secondary school education and later obtained a BSc in Economics when he studied at The London School of Economics located in London.

Pascal Gabriel Dozie was the CEO and founder of Diamond Bank Plc; a former Nigerian bank which was merged with Access Bank Plc. Owning a bank in Nigeria is really a great source of wealth.

Another Pascal’s source of income is the Pan-Atlantic University which he is portrayed as the founder and CEO.

Pascal Gabriel Dozie also owns shares in the MTN Group and was a former member of board of directors of the Group.

Folorunsho Alakija is the only Nigerian female billionaire on this list of the top 10 richest people in Nigeria.

She is a Nigerian businesswoman, Philanthropist and entrepreneur. Folorunsho Alakija was born on July 15, 1951 in Ikorodu, Lagos State, Nigeria.

Folorunsho Alakija once made it to Forbes’ list of the richest people in Africa but eventually dropped the following year.

She completed her secondary school education at Muslim High School located in Sagamu, Ogun State, Nigeria and graduated at Pitman’s Central College, London where she undertook her secretarial studies.

Femi Otedola has a net worth of $1.8 billion and he is listed among the richest billionaires in Nigeria.

He was born on November 4, 1962 in Ibadan, Oyo State, Nigeria. Femi Otedola is a business person, an investor and a philanthropist.

He completed his secondary education at Olivet Baptist High School and graduated from Obafemi Awolowo University, one of the best universities in Nigeria.

He sold the Forte Oil plc in 2019 with the intention to divulge from oil sector to power, following the creation of Geregu Power Plc.

Cletus Ibeto’s net worth has been estimated to be $3.8 billion, making him one of the wealthiest people in Nigeria.

He was born on November 6, 1952 in Nnewi city, Anambra State, Nigeria.

Cletus Ibeto is a Nigerian Business magnate and entrepreneur that founded the Ibeto Group.

He graduated with a degree in Accountancy at University of Nigeria, Nsukka.

Dr. Cletus Ibeto is the CEO and founder of the IBETO GROUP; a company that trades automotive spare parts and as well manufacture cements in Nigeria.

So far, the Ibeto Group is regarded as one of the largest automotive spare parts dealer in Nigeria.

He also established the Ibeto Petrochemical industries limited which produces petroleum products for both municipal and international markets.

Prince Arthur Eze is a one of the richest people in Nigeria with an estimated net worth of about $5 billion (USD).

He is a philanthropist, politician and one of the business moguls in Nigeria that are into oil and gas production.

Arthur Eze was born in Anambra State, Nigeria on November 27, 1948. He completed his tertiary education in California State University with a degree in Mechanical and Chemical Engineering.

Prince Arthur Eze is the CEO and founder of Atlas Oranto Petroleum.

Arthur’s company, Atlas Oranto Petroleum is currently the Nigeria’s largest privately owned Oil Company as it was said to also have about 22 oil and gas licenses in various regions of Africa.

He also founded a domestic airline that operated between 1992 and 2000; which was called “Triax Airlines”.

Arthur Eze is also politician and has been actively involved in the politics of Anambra State over the years.

Abdul Samad Rabiu is a wealthy businessman in Nigeria and also regarded as a philanthropist.

He was born on August 4, 1960 in Kano State, Nigeria. Abdul Samad Rabiu is one of the richest men in Nigeria as his estimated net worth is valued at $6.8 billion.

He graduated from Capital University in Columbus, Ohio, United States of America.

Abdul Samad Rabiu is the Chairman and owner of the BUA Group, a Nigerian multi-industrial company that actively involves in manufacturing, agriculture and infrastructure.

The BUA Company is a billionaire company which generates a revenue of over $2.5 billion every year.

With these categories, we can conclude that the BUA Group refines and processes food products like sugar, rice, cooking oils and flours. Also, the group distributes iron & steel, cements, industrial chemicals and partake in real estate business.

Mike Adeniyi Adenuga is one of the richest people in Nigeria and his net worth is currently estimated at $7.2 billion.

He was born on April 29, 1953 in Ibadan, Oyo State, Nigeria to the family of Michael Agbolade Adenuga Sr. and Juliana Oyindamola Adenuga.

Mike Adenuga, one of the top 10 richest men in Africa is a successful business magnate and a popular philanthropist.

He is the owner of Globacom, the 2nd largest telecom operator in Nigeria.

There are few telecommunication operators in Nigeria, out of which Mike Adenuga owns the second-largest, known as Globacom.

Not only that, his fortune is also built in Oil and Gas production; Mike Adenuga is the Chairman of Conoil, a popular oil company in Nigeria.

Telecom and Oil & gas production can be regarded as Mike Adenuga’s main source of wealth, which is of no surprise that he is the second richest man in Nigeria.

Aliko Dangote is the richest person in Nigeria with a mouthwatering net worth of $14.7 billion.

He was born in Kano State, Nigeria on April 10, 1957. Aliko Dangote is a popular business mogul who is widely known as the founder and CEO of “The Dangote Group”.

Aliko Dangote was born with a silver spoon, particularly in to the Dantata and Dangote families, making him the great-grandson of the then richest West African, named Alhassan Dantata.

Dangote is the founder of “The Dangote group” which was originally created in 1977 as a small trading company. Today, this company is one of the largest companies in Africa.

Aliko Dangote’s other investments include; real estate, oil & gas, transport, banking, textiles and so on.

The list of the Tallest Buildings in the World.