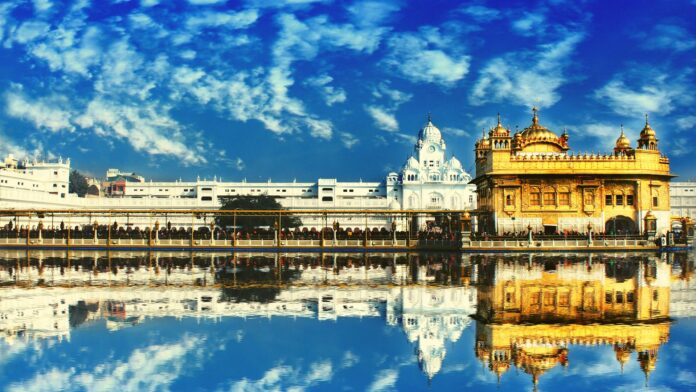 India is a country located in the Southern region of Asia and its capital is New Delhi. India is the 7th largest country by area and it takes on the 2nd position among the largest countries in the world by Population.

Home to the third highest number of billionaires in the world, India is widely regarded as one of the richest countries in the world by GDP.

India, officially called Republic of India is known for its active involvement in Agriculture, Horticulture, Animal farming, Tourism, Media, technology, automobiles and many other services which has been a contributory boost to its economy.

There are currently 28 States and 8 Union territories in India. However, only the top 10 of the wealthiest states in India would be examined below.

You need to know that the ranking of this list of the 10 richest states in India is based on Indian states with the highest GDP. GDP stands for Gross Domestic Product.

On the other hand, Lakh crore is an Indian numbering system and it represents Indian rupees (INR) in trillions.

Based on the Indian states with the highest GDP, these are the Top 10 Richest States in India 2022.

Maharashtra is richest state in India, having a GDP of ₹32.24 lakh crore which is equivalent to US$430 billion.

Founded on May 1, 1960, the State is located in the western-central peninsular of India.

Mumbai, one of largest cities in the world by population, is Maharashtra state capital.

Maharashtra has a population of 126 million and it is widely known for being the second most populous Indian state after Uttar Pradesh.

This state is home to some of India’s largest commercial centers and industries. Maharashtra is however regarded as the economic capital of India.

No wonder, Maharashtra, the India’s richest state is called the “Gateway of India.”

Tamil Nadu is a state located in the Southern region of India.

Chennai is the state capital city of Tamil Nadu and likewise the largest city in the state.

Tamil Nadu is the second wealthiest state in India with a GDP of ₹32.24 lakh crore which is estimated to worth $430 billion.

In India’s agricultural sector, Tamil Nadu is the highest producer of agricultural products in the whole of India.

It is also one of the leading states in India known for producing leather & textiles, automobile investments, electronics manufacturing, energy investments, and tourism among others.

Uttar Pradesh has an estimated GDP of ₹17.05 lakh crore ($240 billion), making it one of the richest states in India by GDP.

The Indian state, Uttar Pradesh is located in Northern India and it was founded in 1950.

Uttar Pradesh is the most populous state in India, having a population of 243.4 million residents.

Lucknow is the capital city of Uttar Pradesh and it is the 11th most populous city among all Indian cities.

Uttar Pradesh is the largest producer of wheats and food grains in India and as well famous for the production of sugarcanes, oil seeds, mangoes and potatoes.

The state is rich in mineral resources and some of which include bauxite, limestone, granite, coal, and glass sand.

The economy of Gujarat is the fourth largest in India with GDP of 16.8 lakh crore, enabling it to be listed among the richest states in India.

Gujarat is an Indian state located in the western coast of the country. Having a population of over 60 million, Gujarat is the 9th most populous state in India.

The state is popular for its beaches, historic capitals and temple towns.

Gujarat was founded on May 1, 1960 and Gandhinagar currently serves as the state’s capital city.

The Indian state, Gujarat is one of the largest producers of cash crops in India like groundnuts and cottons.

Also, Gujarat exports and trades variety of goods in the agricultural, oil, pharmaceutical and grocery sectors.

The fifth wealthiest state in India is Karnataka, having a GDP of ₹16.29 lakh crore which when converted equals $228 billion.

Karnataka is located in the Southwestern area of India and was established on November 1, 1956.

The state has a population of 68 million and the city of Bangalore is its capital.

Agriculture and Manufacturing are the main sectors giving a huge boost to Karnataka’s economy. According to Toppr, it was reported that about 56% of Karnataka’s workforce was formed by farmers and Agricultural laborers.

Karnataka is also rich in minerals and it is one of the top states producing Chromite and magnesite in India.

This Indian State is popular for its high-tech industries as Bangalore, its capital city has numerous high-tech hubs and is widely known for its shopping complexes and night life.

West Bengal is one of the richest states in India, having a GDP of ₹13.54 lakh crore. It is located in the eastern part of India and shares its borders with Bangladesh, Nepal and Bhutan.

Being the fourth most populous Indian State, It has a population of 101.4 million people as at 2022 and Kolkata is its capital city.

West Bengal was founded in 1950, on January 26 and since the 1980s, it has been among the wealthiest states in India because of its profitable trading system.

The primary economy sources of West Bengal are Agriculture, horticulture and fisheries.

West Bengal also has variety of minerals like coal, limestone, iron, manganese, china clay, wolfram. However, it is one of the largest coal-producing state in India.

Rajasthan is a state located in the Northwest area of India. It is the largest state in India by area and takes on the 7th position in terms of population.

Rajasthan was founded on March 30, 1949 and its current capital is the city of Jaipur.

The main economy of Rajasthan state is diversified into agriculture, mining and tourism. Rajasthan is also a mineral-rich state as gold, sandstone, silver, copper, marble, lignite, and rock phosphate are mined and produced in the state.

Andhra Pradesh is another state among the top 10 richest states in India. It is situated in the south-eastern area of India and was established on November 1, 1956.

The population of Andhra Pradesh in 2022 is around 46 million, making it the 10th most populated Indian state, and with Amaravati being the state’s capital.

Andhra Pradesh has a Gross Domestic Product of ₹10.19 lakh crore, which makes it one of the Indian richest states.

Agriculture and livestock are the basic sources of Andhra Pradesh’s economy.

About 60% of the state residents actively engage in Agriculture and rice is the major food crop production in Andhra Pradesh. Also about 70% of Shrimps in India are produced by Andhra Pradesh.

Kerala is the ninth richest state in India by GDP. The state of Kerala is an Indian state located in the southwestern coast of India and is one of the smallest Indian states by area.

It was founded on November 1, 1956 and its current capital is Thiruvananthapuram.

The state is also into agriculture as it produces Cash crops like Coconut, Pepper, Cashew, and Natural rubber among others.

Telangana despite being the newest Indian State, is one of the wealthiest states in India. It has a GDP of ₹9.78 lakh crore, which is equivalent to 130 billion US dollars.

The state is situated in southern India and has a population of about 35 million residents. Its capital is the city of Hyderabad.

Telangana state is bordered by Maharashtra to the north, Chhattisgarh to the northeast, the state of Karnataka to the west, and Andhra Pradesh to the East and also to the south.

Agriculture, Livestock, Manufacturing and Services Industries are some of the main contributors to Telangana’s economy.

The major food crop produced by Telangana is Rice. Some of its other agricultural productions include; sugar cane, cotton, tobacco, peanut, and mango.

Telangana also has numerous minerals and it is one of the top producers of barites, limestone, feldspar, quartz, kainite, and dolomite in India.

See: The Tallest Buildings in the World

There you have the list of the top ten richest states in India. Did your state make it to the list? Kindly let us know in the comment session below, including what you think of this article.